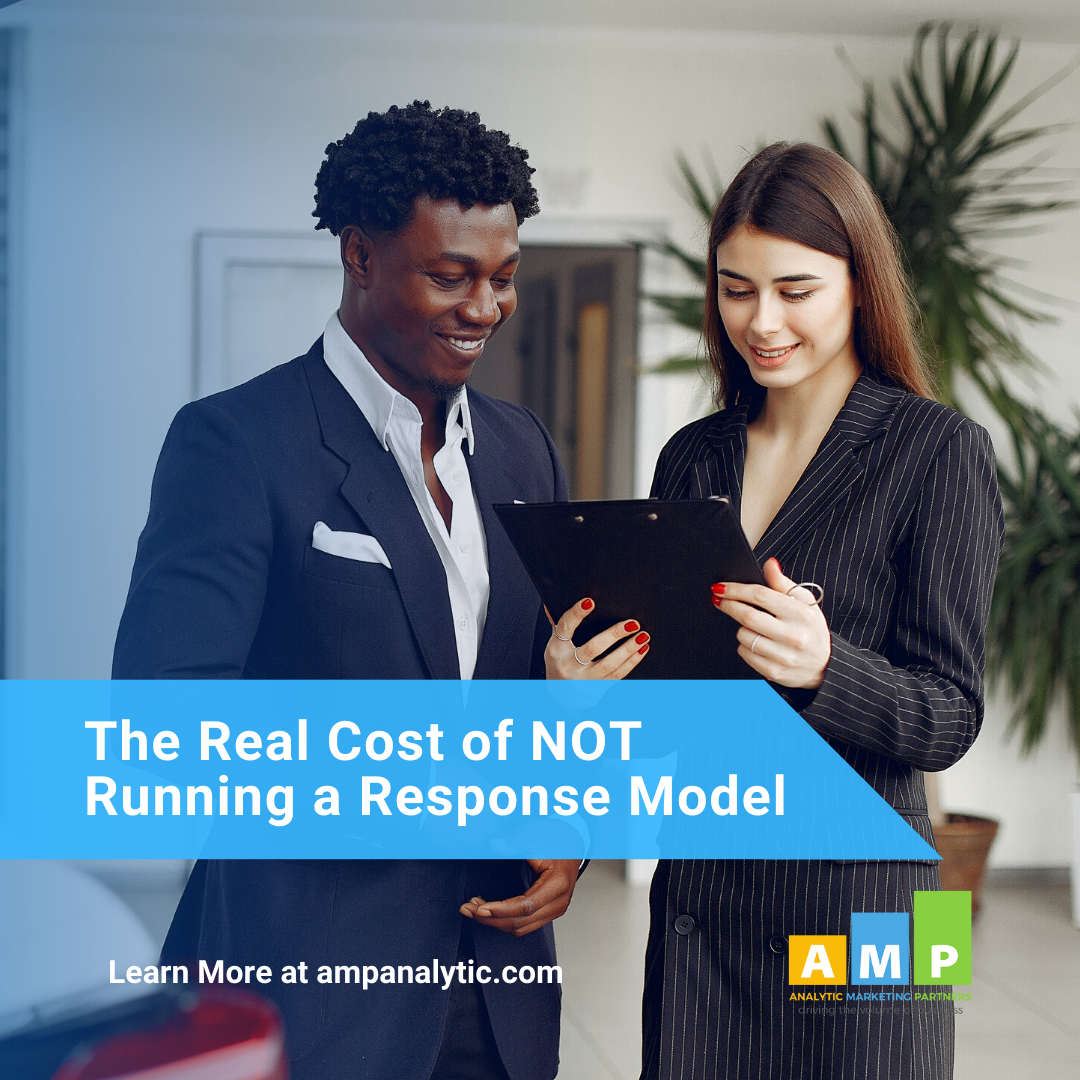 A lot of time, money, and effort goes into creating and executing a marketing campaign. The success or failure of that campaign can have major implications for a company. When things fail, we often dissect every aspect to understand why, but when they do well, we don’t even think twice about analyzing the results. And that right there can be costing you thousands if not hundreds of thousands of dollars. The answer is simple: run a response model.

We live in a world where technology and methods are constantly evolving and our target audiences are changing. It’s important to catch those trends and changes early on, so you can adapt and stay on course to get the best results. If you’re not analyzing your results, you’re operating on educated guesses instead of true information.

What exactly is a response model?

In its most basic form, a response model takes the list of people you marketed to and matches them up with the people who actually responded to your campaign. Response models do more than just match up names. They also look at which channels the person received your message and how they responded. Did they receive both direct mail and digital campaign pieces? Did they respond online, in-store, on social? A response model will analyze hundreds of data points and give a clear picture of how your marketing campaign performed.

What does that mean for you?

Let’s look at two real life examples from some of our clients to see the impact of a response model.

We ran a response model for this client and discovered that their responses came from 40% of their prospect list. Which means 60% of the people they were marketing to weren’t responding. That’s a lot of marketing waste and unnecessary spending. 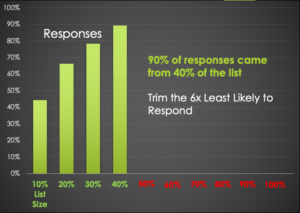 By understanding where their results were coming from, the client was able to trim their list and used those savings to identify more prospects who looked like the 40% who were responding. They saw major increases in their response results and got a much higher ROI on their next campaign.

Another client requested we run a response model, and we discovered that 975k people had not responded to any of their marketing in 12 MONTHS! When this client added up the cost of those mailers and postage, they realized by removing those 975k people, they could be saving over $500,000 a mailing which ended up being about $2 million a year.

A response model may seem like an unnecessary expense or step, but when you look at how it can impact your marketing efforts, the results speak for themselves.

If you would like more information about response models or would like to see how well your last campaign performed, reach out to us.